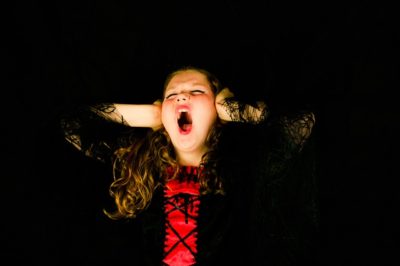 Not all those ingredients listed on the packages of food products you are buying are safe, even if they have government approval. Many of these additives are synthesized in the lab and have been linked to multiple adverse effects including hyperactivity in children, allergic reactions, headaches, and even cancer. That is why when we buy food products with E-numbers and/or other additives in the ingredients list we need to be very careful about what we are purchasing.

In the US and Canada food additives are generally listed by their natural or chemical names; however, in Israel, Europe, Australia, New Zealand, the United Kingdom, and other countries many additives are listed as E-numbers (“E” stands for Europe). The E-numbers provide a standardized identification for each of the additives since these substances are often known by more than one name. The safety assessment and approval for E-numbers are the responsibility of the European Food Safety Authority (EFSA).

E-numbers are categorized by the functions they perform:

The problem with artificial food colors

While there are health concerns related to some foods in each of these categories, one category in particular, Colors, has been receiving a lot of attention lately.

Some food colors are made from real foods like turmeric and beetroot juice, but many are synthesized from coal tar and/or petroleum, known as azo dyes. It is these artificial food colors that are the cause of much concern.

A number of these dyes are specifically linked to hyperactivity in children as well as other illnesses, including cancer, and allergic reactions.

Studies conducted in the United Kingdom identified six artificial colors that, along with the preservative sodium benzoate, are strongly associated with hyperactivity in children. Five of these colors are the same as those identified by the Feingold organization as being among the top ten to avoid. They are:

In Europe, all foods containing the six colors identified by the UK studies must now be labelled ‘may have an adverse effect on activity and attention in children’.[1]

The UK Food Guide, however, suggests avoiding many more artificial food colors (and other additives) that are known to cause tantrums in children, as well as having other adverse health effects (click on the individual links for specific information about each dye). (Please note that other dyes, such as E180, not listed here can also be harmful.) They are:

Each country decides which food colors they will allow or ban in foods and food products. Food colors which are permitted are also generally regulated as to the amount that can be used. Unfortunately, the Israel Health Ministry is extremely liberal when it comes to the artificial colors that are permitted and with the amounts that are allowed.

In November 2016, as reported in Israel National News’s article, Manufacturers nervous about red stickers, the Health Ministry announced plans to require foods high in saturated fats, sodium, and sugar to display red stickers indicating that these foods are unhealthy. The directive (not yet implemented) really missed the mark since not only do we all need certain types of saturated fats and sodium for optimal health, but no mention was made of putting red stickers on foods containing artificial coloring and other unhealthy additives.

In a Knesset committee meeting in January 2017, MKs were furious with the Health Ministry’s refusal to be more cautious and transparent regarding the use of food colors. According to the Jerusalem Post article, Health Ministry Slammed Over Artificial Colors In Food:

… MK Yoel Hasson (Zionist Union) said the public serve as “subjects of scientific experiments and are on borrowed time.”

The MKs were upset that Eli Gorden, director of the food service in the ministry, refused to give explanations of food coloring in the industry. Gordon insisted that industry secrets are involved, and authorizations involve manufacturing processes in which information about food colors cannot be revealed.

Hasson called for tightening controls on the use of food colors, adding that limitations on their use in manufactured food are “the most liberal in the world,” and much more lenient than the US Food and Drug Administration and the European authorities.

The Hebrew edition of YNET also had a scathing article, צבעי מאכל בישראל – “זפת פחם” במזון שלנו – Food Colors in Israel – “Coal Tar” in Our Food, about the amount of artificial food coloring allowed in food products in Israel.

According to the article, Israel allows:

It should be noted that the most recent US GAIN Report, detailing Israeli import regulations, lists E numbers 127 and 132 as forbidden for use in cereals (although E132 is included on the Fruity Pebbles ingredient panel above – photo taken June 2017).

The YNET article also highlighted the glaring differences between the number of artificial colors permitted by the Israel Health Ministry as opposed to agencies in other countries and the greater amount allowed by Israel than are accepted elsewhere in the graphic below.

Please note: “אינו מאושר” means “is not certified”; “לא נקבע ADI” means Acceptable Daily Intake not determined. In Israel E180 is permitted only for decorating cheese and has no ADI. JECFA is the Joint FAO/WHO Expert Committee on Food Additives. FDA is the US Food and Drug Administration.

However, even the smaller amounts allowed by the FDA (and other agencies) for approved food colors may be too much.

A 2014 article, First-ever Study Reveals Amounts of Food Dyes in Brand-name Foods, by the US organization CSPI indicates how extensive the problem might be. (Even though Israel may have different guidelines, the extent of the problem posed by artificial food dyes delineated here is instructive):

According to the Purdue researchers, the amount of artificial food dye certified for use by the Food and Drug Administration has increased five-fold, per capita, between 1950 and 2012. The researchers estimate that a child could easily consume 100 mg of dyes in a day and that some children could consume more than 200 mg per day. Studies that tested much smaller amounts could easily have downplayed or missed entirely the effect of dyes on behavior.

“In the 1970s and 1980s, many studies were conducted giving children 26 mg of a mixture of dyes,” said Laura Stevens, research associate in the Nutrition Science Department at Purdue and lead author of the study. “Only a few children seemed to react to the dyes, so many doctors concluded that a dye-free diet was pointless. Later studies using larger doses showed that a much larger percentage of children reacted. But some researchers considered those doses unrealistically high. It is now clear that even the larger amounts may not have been high enough.

What’s a consumer to do?

Artificial food colors can be found in medications as well as foods. Consumers should be aware that foods purchased in bulk, such as dried fruits, may also contain artificial colors. In such cases, one must ask to see the cartons in which they came and scan the list of ingredients. The easiest option, however, is to purchase dried fruits in health food stores. Calls I made to three different stores, Nitzat HaDuvdevan (Bet Shemesh), Organic Market (Rehovot), and LaBriut (Bet Shemesh) (see store contact information here), confirmed that their dried fruits do not contain any food coloring.

Even if the Health Ministry hasn’t banned artificial food colors, many companies are cognizant of public opinion and are removing artificial food colors on their own. Some products now highlight the fact that they have no added food colors on the front of the packages – look for “ללא צבעי מאכל“. Many of these products, however, have little nutritional value and may not be healthy for other reasons, so rethinking your decision to purchase them, even without added colors, may be a good idea anyway.

In general, the simplest and healthiest way of checking ingredients is to look for a product that is as natural and additive free as possible. While food shopping may be more time consuming until you learn which products to avoid and which to purchase, families that choose to avoid foods containing artificial colors and other additives will be providing for the long term health of all family members.

♦ Is THIS Food For You? Here’s how to decipher the ingredients so YOU can decide