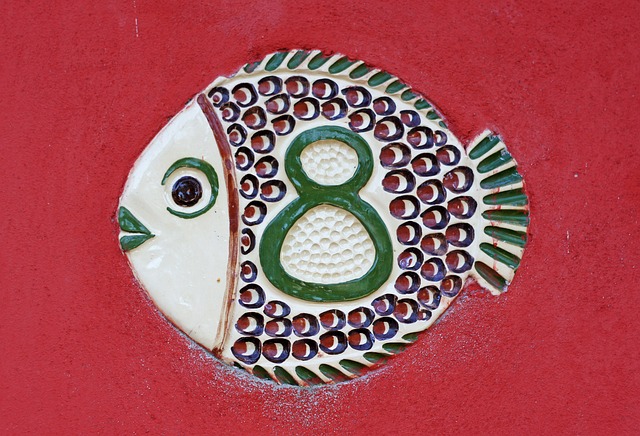 One of the customs of the first night of Rosh Hashanah is to eat a number of foods that symbolically represent our concerns and hopes for a good judgment for the upcoming year. Among these foods is the head of a fish (or sheep) over which we say a short prayer before eating it, asking that we be the head and not the tail. So I thought that it might be helpful to have a fish soup recipe made with the heads of fish. (You can also use the rest of the skeleton but on Rosh Hashanah you really want just the head!)

If you are going to buy whole fresh fish for the holiday be sure to ask for the heads (intact, not cleaned out) for which you are paying anyway. (Learn how to buy fresh fish in Israel here.) A little while ago I had gone into the fish store and the woman ahead of me was buying several fresh fish but did not want the heads even though she was paying for them with the purchase of the entire fish. I asked for them and got about 8 heads (for free with the woman’s agreement) that I made into nourishing fish soup. (Non-fatty fish is said to be best for fish stock.) When the bones are allowed to simmer for a few hours, especially with the addition of an acidic liquid to help draw out the calcium better, the stock becomes a veritable gold mine of nutrition and a great boost to health.

In fact, fish stock is said to be the most nutritious of all the bone broths. According to a South American proverb: “Fish broth will cure anything”. Stock contains minerals and trace minerals in a form that is easily usable by the body and fish stock in particular since it also contains iodine when made from heads; iodine is necessary for proper thyroid function. The breakdown of cartilage and tendons yields nutrients like chondroitin sulfate and glucosamine, important for joint health. And when the broth cools and gels that is because of the presence of gelatin which has been acclaimed to be a most nutritious food, important for digestive health, a protein sparer (making it a good way to make a meal from just a little meat), and useful in the treatment of many ailments.

Here’s how I make the fish stock and soup:

Into an 8 quart stock pot: Note: Any bones left in the fish meat will fall to the bottom

If you do not want to make the entire pot of stock into soup, you can freeze some of the stock, and have it at hand when you are ready to make the next batch of soup.

Have a Happy & Healthy New Year

Cognitive performance among the elderly and dietary fish intake: the Hordaland Health Study